“Where have you been Fredrik?!”

“Well I don’t know… hiding in your closet?”

No, not really. I have been busy editing (and revising) Project 2. I am currently 3/4 through the novel. It should be ready around Thursday – Friday. Once I’m done editing I’ll send it to some friends who will read it and give feedback. While my friends read through the draft I’ll resume Project 1 and finish it.

But that’s not all I’ve been doing. Christmas and New Year’s were really busy and straight after the holidays I never seemed to have any spare time. Just last weekend I had friends over Friday to Monday. They’re coming back this Friday as well. Heck, I haven’t even shaved in almost a month! Meanwhile I’ll provide a picture of me (to the left) and a friend( to the right) from New Years! Enjoy. 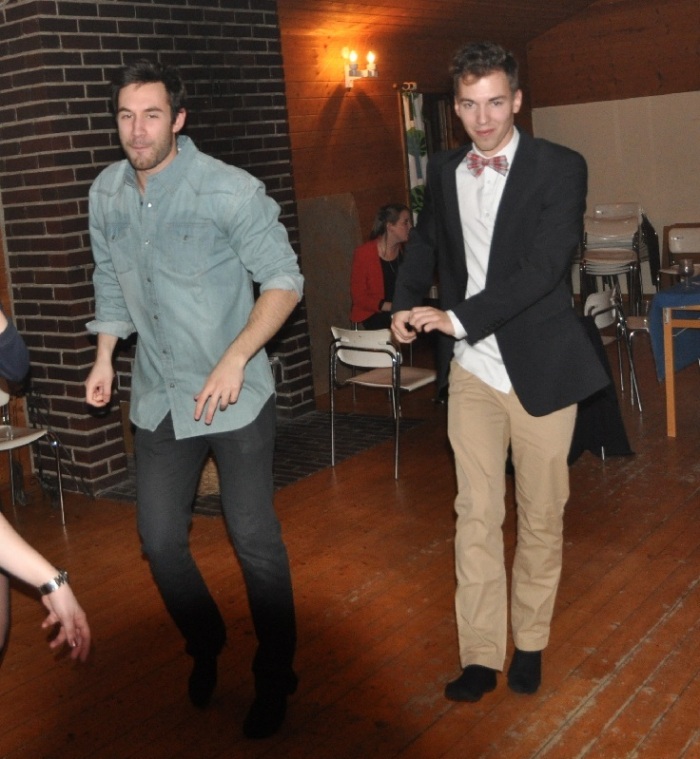 If you wonder why I don’t update the site as often as I should it’s because this is what I’ve been doing. Disco dancing – with style!

Fun fact: I actually wrote a New Year’s poem to publish here to celebrate the new year. Guess that’ll have to come later on.

I also received a “7×7 Blogger award” by pointsthruprose. This is my first time around getting this award. Thank you so much! So now I have to share some general things about myself, nominate 7 posts on my site I think should be read, and then nominate 7 more bloggers for the award.

Most things about myself can be found in my Biography page. So instead I’ll put 7 random facts about myself which I hope you find interesting.

Now for the seven posts I urge you yo read!

Now for nominations. I said, already after received the Leibster blog award, that I would not pass on awards such as this before. Yet I did so when I received the Versatile blogger award the first time. What I’ll do now instead is link a few blogs that I think you should read. Then they can pick up the 7×7 award if they want – if they haven’t received it earlier, of course.

I’ll try not to delay my next entry as long as I delayed this one (I started writing it last week) but I am quite busy and finishing my novel that takes priority.

19 thoughts on “New awards and updates!”