I have been back for almost two weeks and only recently began to edit Project 1 (my second novel). In so many ways this is, and probably always will be, the most important text I have written because, as most of you know, I wrote the first sentence of it almost eight years ago when I first decided to become an author. Even though I wanted to finish the project I never thought, realistically, that I would actually do it. Yet there was something special about the text – and that special something was the very reason why I kept at it and finished my work. It tells of a personal story, my story, and the death of a person I held dear. My first love.

I guess that I initially began writing the story of her life, and our time together, as some form of coping mechanism do deal with the fact that she was gone. But as I kept writing I realized that she did return – in the text – and with my fingers I gave her life again. The character I created of her lived on my screen. As I wrote her dialogue I spoke to her and felt her presence close to me again. Of course, it was all an illusion, because she really is gone, but it is beautiful to dream and dwell in memories of times that never return.

Even now when I sit here and edit the text she comes back to me – and I fall in love all over again – only now she is not a person that actually lived but a person I created; a replica of the dead who lives only through the reading of prose. That is all she has become. From a breathing person, warm with laughter, to a piece of paper printed with ink. It hurts sometimes to think of how the dead haunts us. At least I managed to trap a piece of her soul, and create an everlasting memory of her, in my writing.

When I was in America I listened to many of the songs I played in the background while writing Project 1 and it suddenly struck me that most of the song lyrics were all about her – or rather – retelling stories of us or recollecting memories we had. I remember the shock I felt when I realized this. Had it been a conscious decision to include those songs in the playlist? Had I thought about the lyrics when adding them to the playlist? Probably not, but it seemed a strange coincidence. Listening to those songs again, not even reading the text I had written, brought her back again. Even some of my favorite songs have become haunting. I have chosen two of those songs to include in this post because their lyrics strike the closest to my heart and my memory of her. They are both from Kamelot’s Ghost Opera album.

Melanie, which is not her real name but the one used in my novel, already knew she was going to die. She told me early on. It was only a matter of time yet I prayed to a God I never believed in that she would never leave me. We often talked about what would happen when she eventually left. She tried to convince me what a wonderful person I was and that I would eventually find someone who loved me just as much as she did – someone I would love back. She was right, but at the time I couldn’t even begin to fathom such a thing. She was the most beautiful, and perfect, person I had ever seen and met. It was not an opinion clouded by my intense feelings for her, I thought so ever since the moment I first laid eyes on her. She had such affection for me that I simply could not believe it. What was there for her to like in me? After many years I gave up hope of ever finding someone like her again. She was the kind of girl you only encounter once in a lifetime and that fact always kept me down, afraid, an unwilling to ever attempt to be happy – but those feelings of woe kept me writing. It kept me returning to my computer every day after school. Just so that I could bring her to life for a few more minutes.

Love You to Death – Kamelot

“What’s tomorrow without you?
This is our last goodbye”

She got weaker every day
As the autumn leaves flew by
Until one day, she told him, “This is when I die”

“What was summer like for you?”
She asked him with a smile
“What’s tomorrow without you?”
He silently replied

“I will always be with you
I’m the anchor of your sorrow
There’s no end to what I’ll do
Cause I love you, I love you to death”

“I will always be with you
By the anchor of my sorrow
All I know, or ever knew,
Is I love you, I love you to death”

“What’s tomorrow without you?
Is this our last goodbye?”

It is funny because I was twelve when I first met her. In my novel, however, she was originally fifteen. I changed that in the rewrite to sixteen. In real life she never lived to see that age. She died when she was thirteen.

In the lyrics below there are many elements seemingly taken out of the end of our days together. Melanie did leave “without a trace.” I talked to her one night when she suddenly explained she had to go to the hospital and we had to break up. Why? I remember asking. Because I will never return. Shortly after I received notice of her passing. Two weeks went by. Then it hit me like the Devil’s thunder. She would not return – and I was alone. The longing, and yearning, for something I knew could never be obtained put me in a state of mind where I sometimes could not tell the difference between what happened in fiction, and my own writing, and reality. Memories I thought I had turned out to be a sentence written on a page and long segments of dialogue I thought were missing from the novel were real conversation I had with Melanie a long time ago. Sometimes, even to this day, I get lost in my own thoughts where dive back into own fiction and forget reality.

Another thing I remember about Melanie is the favorite picture I had of her. It was taken during summer, at a midsummer party I believe, where she stood next to three of her girlfriends. She was dressed in the loveliest summer dress I had ever seen. The dress was, of course, “summer white.” Whenever I think of her now I still think of that picture. It too, like her, is lost forever.

Unlike my other previous relationships I remember the one with Melanie the most. From the day we first met, and everything that happened in-between, to the day she died and the aftermath. It’s probably because I’ve thought about it so much, written about it, rewritten it, and then written it again, until it became a story branded into my brain. I could fill thousands of posts with memories of Melanie and I, the conflicts we faced, and how I dealt with all of it, but that is why I wrote a novel. Everything’s in there and I hope that you one day, my dear reader, will have that book in your lap. It is no mere fiction. It is the story of two lovers that were meant to never be.

I began my journey as an author to write for my dead lover. Now that it has been done – and I am revising the complete novel – I cannot help but think of how much she affected my life long after she was gone. I have, after all, devoted the last eight years of my life to become a poet, author, and writer to honor her memory. I hope that if she could ever read my work, and the novel telling our story, she would say I have done a good job. 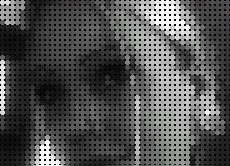 All of this was a long time ago and in reality everything was not as dramatic as it might seem here – I am a writer after all – and now I am happy, and have been, for a while. Life passes us by as the sound of ticking clocks and so fades our feelings of remorse and despair. I found another woman to love with all my heart, a woman I pray never leaves me, and thus my memories of Melanie have become nothing but that – blurred and distorted memories of a person I never got to know too well. Perhaps one day my real love, the one I wake up to every morning, will inspire another novel that I can say was written for someone special. All I can do is wait and see  and hope the hands of the clock turn in my favor.

12 thoughts on “When writing becomes haunting”