My BA dissertation consisted of two parts. The first part was the first chapter of Project 2, which by now is a full-fledged novel, and an essay regarding the tendency for Post-Apocalyptic literature to prefer plot over character. I found this topic very interesting, and difficult, simply because I had to find a way to measure whether a novel focuses characters and character development or plot and plot development. How is it even possible to measure? Well – I found a way (not by myself, of course) so I thought I’d share some of my findings. Not only is it an interesting topic to consider when reading some of the famous literature of our time but also for one’s own writing. Does the key to a successful novel lie in the balance between character and plot and can you have a novel filled with interesting characters, but lacking an obvious plot, or vice versa?

In my essay I focused on Miller’s A Canticle for Leibowitz, Niven/Pournelle’s Lucifer’s Hammer, Matheson’s I Am Legend, and McCarthy’s The Road alongside my own novel, Project 2. In this post I will not go into detail about the analysis I made but merely present the framework I found which you can use to measure a novel’s plot vs. character ratio.

The straight answer is that a scientific measurement of the two is impossible. Not one literary critics said the same thing, though I isolated three main critics and their findings, in order to create some form of correlation mechanism.

Wood [How Fiction Works, 2009, London – Vintage Books] states (pp. 75 – 76) that one has to look at the portrayal of characters to see if they are preferred and if those characters are mobile as opposed to static.

The unpracticed novelist cleaves to the static, because it is much easier to describe than the mobile: it is getting these out of the aspic of arrest and mobilized in a scene that is hard.

In other words; an author that has good characterisation describes how the characters act, move, and think while they are actively engaging with the world, the plot, and the situations they are put in.  They are “mobile.” Bad characterisation is when the narrator simply reports back descriptions of characters as if they were “static” portraits. Wood states that the reader “can tell a great deal from a character by how he talks, and whom he talks to – how he bumps up against the world” (2009, p. 77). An example would be if a man enters a room with a boy or a girl. From this situation we can learn about the character depending on who he talks to and how he interacts with that person. Wood also discusses the most used concept to distinguish between good and bad characterisation which is the idea of round versus flat characters – where flat characters are predictable monomaniacs and round characters surprise the readers by being unpredictable and closer to real life. According to Wood (2009, p. 99) “’Roundness’ is impossible in fiction because fictional characters, while very alive in their way, are not the same as real people […].” Thus one should let the notion of round and flat characters go and instead see them as either mobile or static. The problem, I found, with Wood’s theory of “mobile” versus “static” is that the theory is not very clear cut and can be hard to apply. A character may at times be seen as static in its portrayal and then suddenly jump to life when given an important role in the plot and thus seen as mobile. Still, Wood’s ideas are useful to consider when examining characterisation.

When combining Wood’s ideas with that of Spencer, Sharon [Space, Time and Structure in the Modern Novel, 1971, New York – New York University Press] one truly begins to form a coherent theory for characterisation analysis. According to Spencer the characters of a novel “provide the element of the familiar and the recognizable. Its presence is a signal, a code, a sign that reassures the reader that he knows what the work is ‘about’” and are only added to the novel because they “are capable of providing various masks for the author. […] And he will bring together the perspectives of each of these persons upon the subject of the novel” (Spencer, 1971, pp. xvi; 2). In other words, characters are only included to add perspective because an absolute description of any event is impossible with only one point of view.  Spencer also says that plot and character cannot co-exist in complete harmony because for an author “[t]o portray character with depth and truth, the novelist must abandon the surface and find some way of penetrating the inner reality of his subject,” meaning one must abandon the narrative of the plot and the events driving the story to give room for the character’s inner thoughts, and a novel with “only a great number of relationships of relatively increasing or decreasing tension” has no real “story” or plot (Spencer, 1971, pp. xvi; 9).

Or to put it more simply – Characters are only added to aid the plot and thus are not given room in the text for development because if they did, whether through internal monologue or through scenes and events with other characters that are seemingly unrelated to the direct development of the plot, the novel would immediately favour characters instead of plot. This is harsh, I have to say, because so many novels and author I know personally write books about people who, more or less, are experiencing increasing or decreasing tensions in relationships – whether new or old. Is it fair to say they have no plot?

Now I turn to the most important critic in the field. Todorov Tzvetan [1969, ‘Structural Analysis of Narrative’ The Norton Anthology: Theory and Criticism, Leitch, Vincent B. (ed.) Weinstein, Arnold (transl.) London – W. W. Norton & Company; pp. 2099 – 2106] who believes one can make diagrams of novel and from those see whether the novel prefers character or plot. The example used in his essay is of a story in Decameron.

What is important to note above is the ” – OR -” which creates a branch on the diagram. Other than than: The example above is quite simple because it is a story about characters and relations – Spencer’s simplistic plot. It is depending on the two X and Y characters and follows a near straight line. A novel with more arrows, more part of speeches, whether those belong to an unnamed narrator or characters, would signify a text that prefers plot over character. A simple plot would contain fewer arrows and have a low number of speech parts. Such a minimalistic plot “can be seen as the shift from one equilibrium to another.” What Todorov means by equilibrium is “the existence of a stable but not static relation between the members of a society; it is a social law, a rule of the game, a particular system of exchange.” These two moments of equilibrium are separated by a moment of “imbalance, which is composed of a process of degeneration and a process of improvement” (Todorov, 1969, p. 2105).

Creating a diagram is, I found, the most effective way to test character versus plot because you get a visual representation.

An example: The diagram for McCarthy’s The Road is as follows:

The diagram, and thus the plot, is extremely simple which implies a novel heavy on characterisation, which is true. The lack of plot does not have to be a bad thing since The Road is my favourite novel of all time. The relation between the father and the son is the most beautiful thing I have ever found in a novel. If you have not yet read The Road you should.

Now, imagine a diagram, like the one above, for Tolkien’s Fellowship of the Ring. It would take a long time to plot out and include all the important characters and all the hardships they face. That would signify a novel preferring plot over character, which I personally believe Tolkien’s novels do.

Still, why does all of this matter? Why even concern yourself with these issues? Asking any avid reader of fiction they would most likely say it does not matter whether the novel focuses on character or plot – as long as it is a good novel. This topic is mainly for authors themselves. My initial point with my dissertation was to prove that the Post-Apocalyptic is vivid, changing, and does not necessarily prefer plot over character. Since the arguments and the in-depth analysis of all the novels have been cut out in this post I leave you with the basic methodology to use as you want when writing. I do hope that this post has given you, as an author, something to think about. A good novel should, according to most, maintain a good balance between character and plot since both are important, and I hope I now provided you with the tools to do just that. Have you written a novel with a simplistic plot? Make it different and add complexity. Have you written a novel with static characters that fall in the shadow of the grand plot? Add scenes with character mobility. 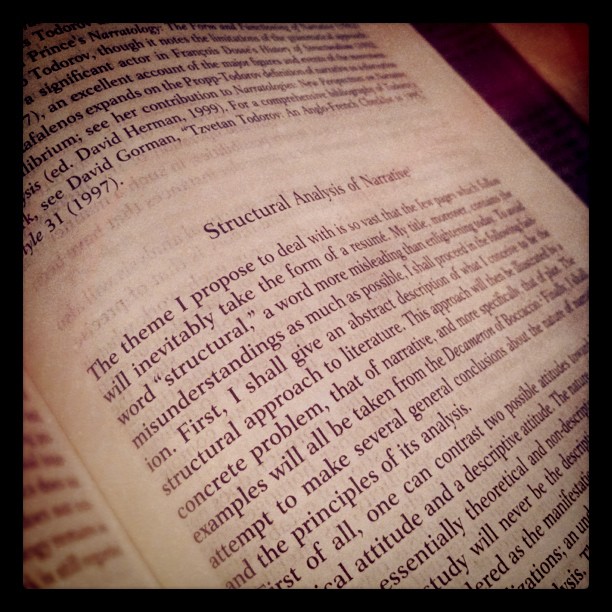