After arriving 50 min late (thank you SJ) I finally got back home last night. I slept like a baby until 10 am when i woke up to go and collect some packages that arrived while I was away. Here they are! 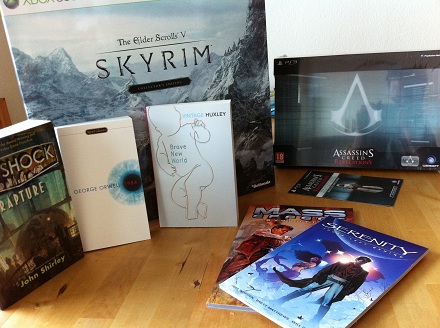 That will take a long time to play/read through! Luckily I already read the two latter novels (Brave new World and 1984) earlier. Still – there’s just not enough time…

5 thoughts on “Back from Stockholm”