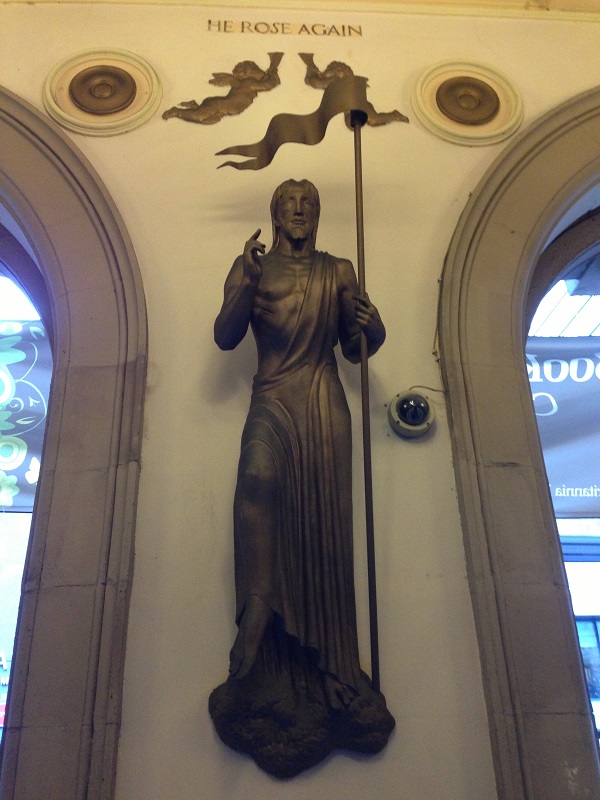 I am back from my break and sitting in my new residence in Manchester on an internet connection that went online last evening.

How was my move? A nightmare, honestly. What was supposed to be a quick and easy flight to Manchester to sign our tenant papers, get the keys, and move in became a two-day trip of sweat,  heavy luggage, and cursing Danes.

I arrived at Copenhagen Airport in the early morning of September the 2nd, still tired from the non-sleep I got the previous night, where I checked in using one of automated SAS check-in machines, and took a step further into the airport. There I stopped. Just a few metres ahead of me – how I could have missed it when I first arrived is beyond me – stands an absolute mass off people.  Whatever,  I thought, I have checked in! All I had to do was drop off my luggage and I’d be on my way.

I pushed through the crowd and scanned for the “drop off” sign. After walking through the terminal once I realized there were no “drop off” signs. There were no counters opens! The same moment I realized this the speakers came on, some Dane with a whisky-voice mumbling something I could not comprehend, then came the English announcement. All security staff were on strike. All check-ins were closed.

So I find my place at the back of the massive queue stretching throughout the whole terminal and wait like the good citizen that I am. 1½h later and I stand in the same place and my flight leaves in ten minutes.

“Excuse me.” I say to an airport-person. “My flight leaves in ten minutes.”

“Then you’ll have to rebook your flight.”

“Oh?” I say, thinking of the letting papers that needed to be signed in four hours. “And how do I do that?”

The Danish dame, a descendant of Vikings, points across the terminal to another queue, even longer, leading up to an understaffed SAS office. I laugh with joy and clap my hands all the way to the end of the other line where I stand and wait for another two hours before it is my turn. I know there are four flights each day from Copenhagen to Manchester and knew I would get on one of them – but the remaining flights left in the evening so I still had to rebook my meeting with the letting agent (even worse, my girlfriend was in another terminal, flying with a different company later in the day, so I was completely alone. Coordinating all of this was hard).

Once at the SAS desk I ask another lovely Dane dame to put me on a later flight.

“I’m sorry,” she says. “They are all full.” What what what! What about my meeting? What about the papers that needed my signature? The striking security staff couldn’t care less. They must really be protesting something important to put the whole airport on halt. “But I can route you via Stockholm.” The SAS lady then said. “You will arrive in Manchester in precisely another eight hours.”

By that time the strike had ended and people were starting to man the check-in counters.  I get my new flight information, head back to the self-check in machine, print boarding pass and everything else, and once again look for a “drop off” sign. I find it – Aha! – in front of – what else – another long queue. After an additional two hours I drop off my luggage and proceed through the security gates (I got lucky here and managed to sneak by a lot of inattentive people, hihi).

My girlfriend was fortunate and got on her flight, even though it was an hour or so late, and managed to reschedule with the letting agent for the following day, which meant a night at a hotel. Not too bad, I like hotels. What was more annoying was that we had two days set aside for decorating and buying essentials (one day at IKEA and one in the city centre). Now we only had time for IKEA.

We do our shopping, Ninnie leaves the next day, and I am left to setting up the broadband, reactivating my UK phone number, and so on. Not much can go wrong at this point, right? Right?

I immediately realise my postbox key doesn’t fit the lock.

“Excuse me,” I tell the property manager. “My key doesn’t work.”

He was right. The letting agent had shown me the wrong postbox. I found out a few day later, after sending away some angry emails, when I stumbled upon it by accident. It was a hunch. The box carried the same number as my apartment, was in the same building (but at a different entrance I had never used before), so I shoved it in – and turned!

Inside was an heap of letters for the previous tenant. URGENT! WARNING! EXTREMELY IMPORTANT! LAST NOTICE! Looks like someone forgot to tell someone they moved.

I bring all the letters upstairs, look through them, mark them to be returned to sender, until I come across one addressed to “The Occupant.” That’s me! I thought and opened it up. It wasn’t for me, and I’m glad, for the letter inside explained why the previous tenant left in such hurry (it seems). There was an unpaid energy bill demanding over £1 000(!) – how can a bill even get that high? – and they had a warrant to enter the property and turn off the energy supply… Monday morning. It was Saturday, 4.46 pm. The phone lines for the energy company closed at 4pm. I gasped and picked up the phone, dialled the number, hoping someone had forgotten to go home from work that day. Guess what? They had – the call connected and after spending 20 minutes in a phone queue (somehow costing me £6 on my phone bill) I got in touch with a nice lady who asked what was wrong.

She assured me she would sort everything out and that I could toss away any further mail I received not addressed to me (which was good, considering there was a court date for “the occupant.”)

By this time I also found out why a good portion of the  commercial European air fleet was stranded in Copenhagen. The security gate personnel were not striking for some moral reason, like being underpaid or having dangerous working conditions, no. They objected to their new winter schedule. Hah!

I have now lived in my new apartment for two weeks and there are still things I need to settle and people I need to hear from (need to rent out the garage, get papers back from the Council, and so on) . I meet the MA group on Monday and classes start the following week. Let’s hope I don’t suffer writer’s block the moment I introduce myself. That way I get to spend more time with you, my fans and followers. I will now proceed to read all the pots and blogs that I missed during my absence. Take care!

5 thoughts on “Vacation over!”