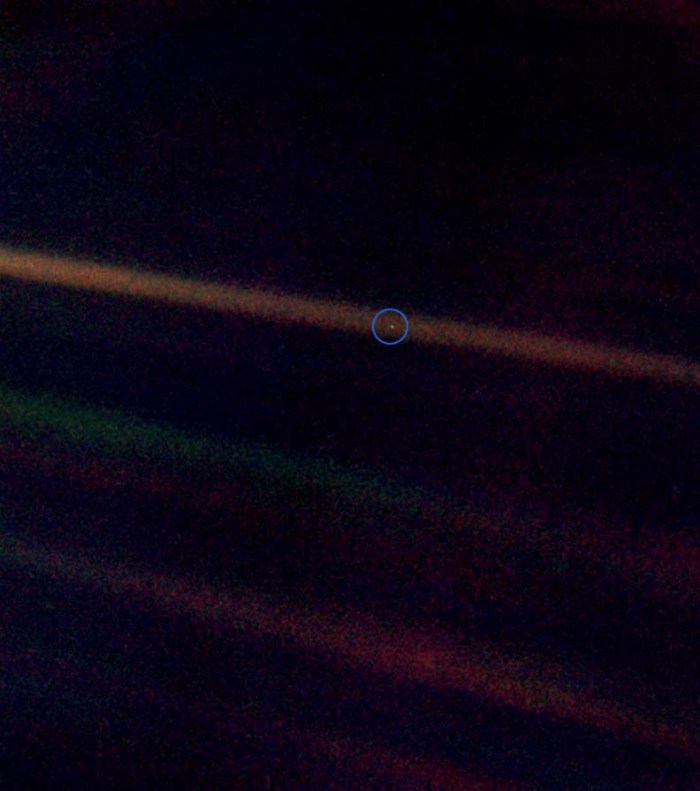 Photograph of Earth taken from Voyager 1 1990

From this distant vantage point, the Earth might not seem of any particular interest. But for us, it’s different. Consider again that dot. That’s here. That’s home. That’s us. On it everyone you love, everyone you know, everyone you ever heard of, every human being who ever was, lived out their lives. The aggregate of our joy and suffering, thousands of confident religions, ideologies, and economic doctrines, every hunter and forager, every hero and coward, every creator and destroyer of civilization, every king and peasant, every young couple in love, every mother and father, hopeful child, inventor and explorer, every teacher of morals, every corrupt politician, every “superstar,” every “supreme leader,” every saint and sinner in the history of our species lived there – on a mote of dust suspended in a sunbeam.

The Earth is a very small stage in a vast cosmic arena. Think of the rivers of blood spilled by all those generals and emperors so that in glory and triumph they could become the momentary masters of a fraction of a dot. Think of the endless cruelties visited by the inhabitants of one corner of this pixel on the scarcely distinguishable inhabitants of some other corner. How frequent their misunderstandings, how eager they are to kill one another, how fervent their hatreds. Our posturings, our imagined self-importance, the delusion that we have some privileged position in the universe, are challenged by this point of pale light. Our planet is a lonely speck in the great enveloping cosmic dark. In our obscurity – in all this vastness – there is no hint that help will come from elsewhere to save us from ourselves. The Earth is the only world known, so far, to harbor life. There is nowhere else, at least in the near future, to which our species could migrate. Visit, yes. Settle, not yet. Like it or not, for the moment, the Earth is where we make our stand. It has been said that astronomy is a humbling and character-building experience. There is perhaps no better demonstration of the folly of human conceits than this distant image of our tiny world. To me, it underscores our responsibility to deal more kindly with one another and to preserve and cherish the pale blue dot, the only home we’ve ever known.

Of all things ever said and written this is by far my favorite quote. It resonates to me, deeply, as a human being looking up at the stars at night and wondering whether we will one day travel to heaven and settle on words uncharted by any other intelligent species or whether we will face oblivion and by our own self-destruction. The line between becoming one with the architecture of the universe and being eliminated by our own greed is at times non-existent. Still, I hope, and pray to a non-entity, that mankind will soon wake up with a new set of eyes capable of truly look towards the future and generations to come – not just today and tomorrow. Of all the wondrous things we can see in the universe, on all the trillions upon billions of stars and all the planets orbiting them, it would be the greatest tragedy in the history if mankind to never reach beyond our own solar system – never taking our first step out of the cosmic cradle from which we were born.

The surface of Mars taken by the Sojourner Rover (Mars Pathfinder) 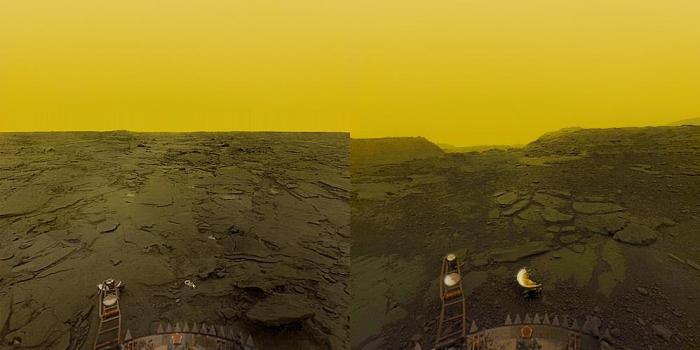 The surface of Venus taken by Venera 9 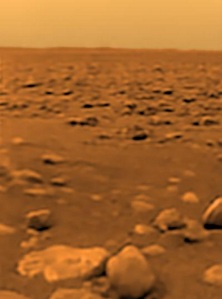 The surface of Titan taken by the Huygens probe

In ten years I hope I can add pictures here when we have successfully landed on surfaces of other celestial bodies than the three above – excluding the Earth and our own Moon.